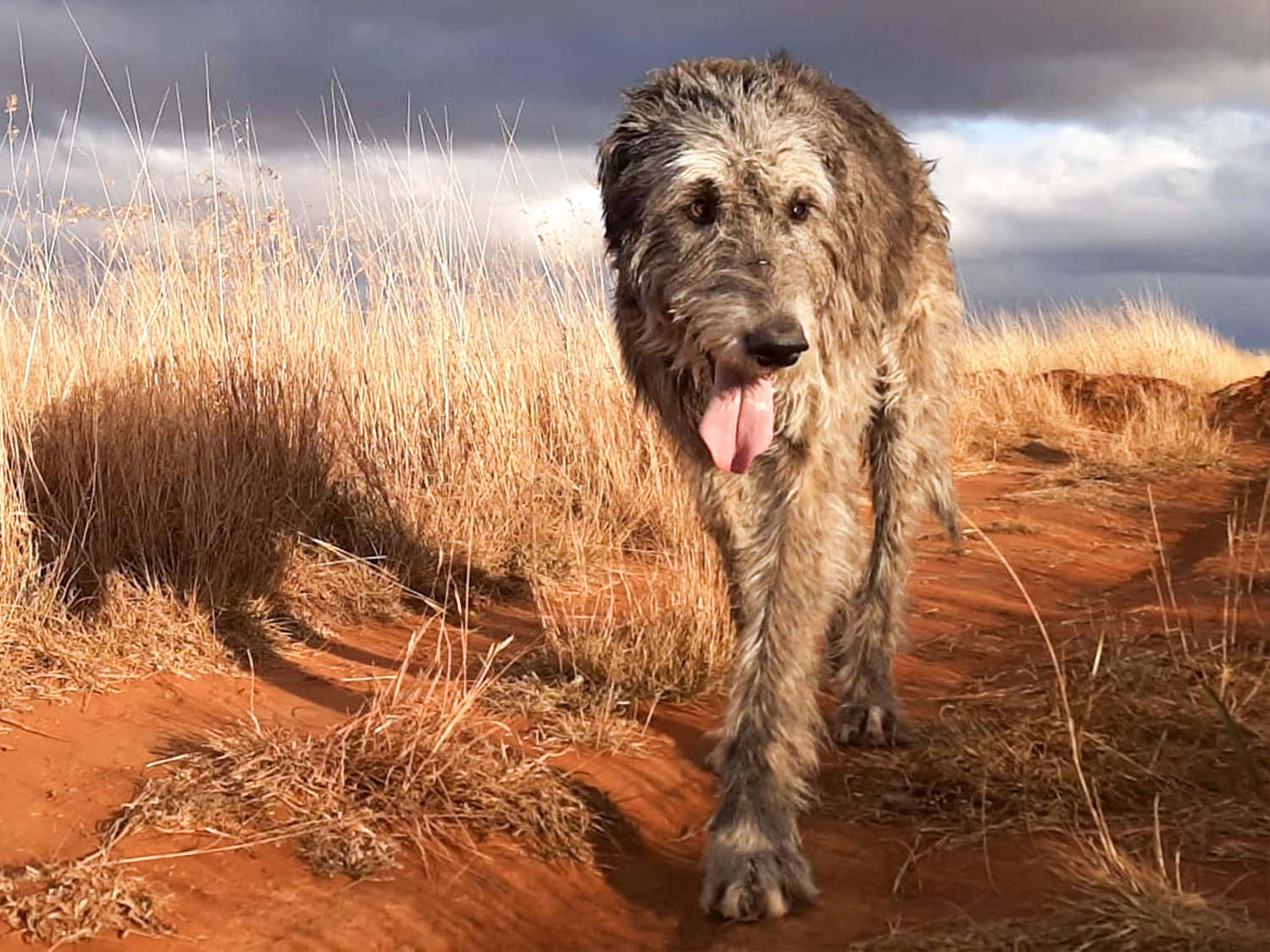 Ch Duross Dante is the personification of his grandfather’s special personality and grace.  He is such a huge presence and personality and a real softy who melts when it comes to licking puppies and kittens alike.  He is a huge wolfhound who hasn’t lost his athletic ability and though very sparingly shown, has gathered CC’s in every show that he was being shown in and in no time gained his Champion status.  Judges often commented on his strong movement.  He lives with my son where he has the best life possible. 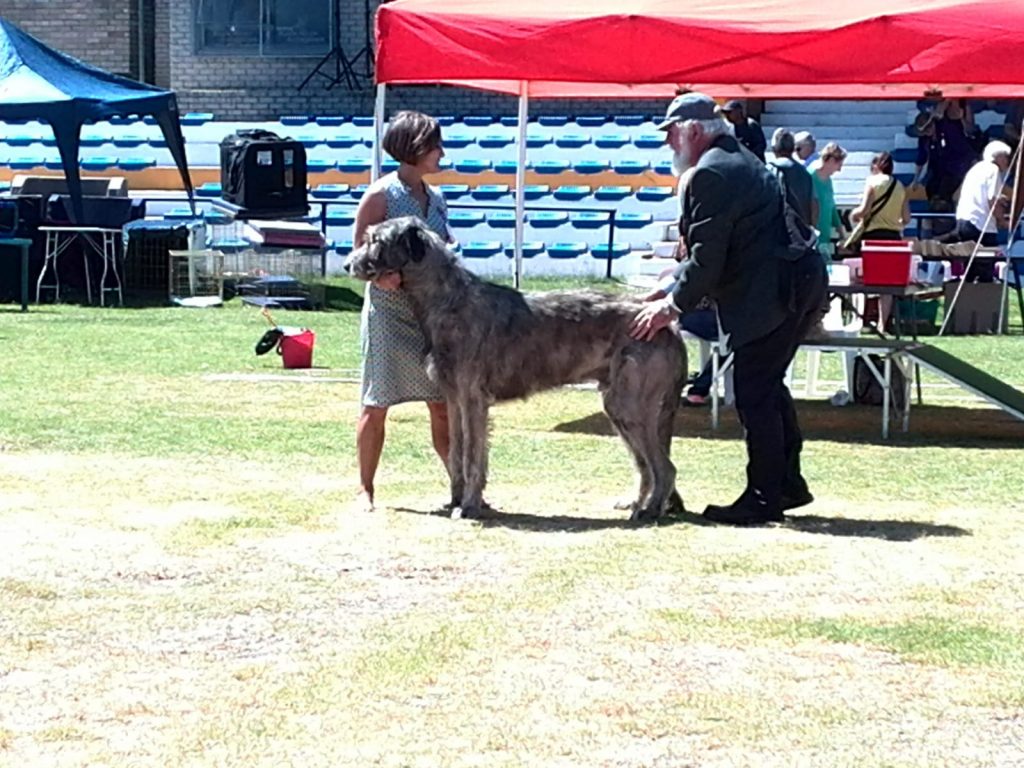 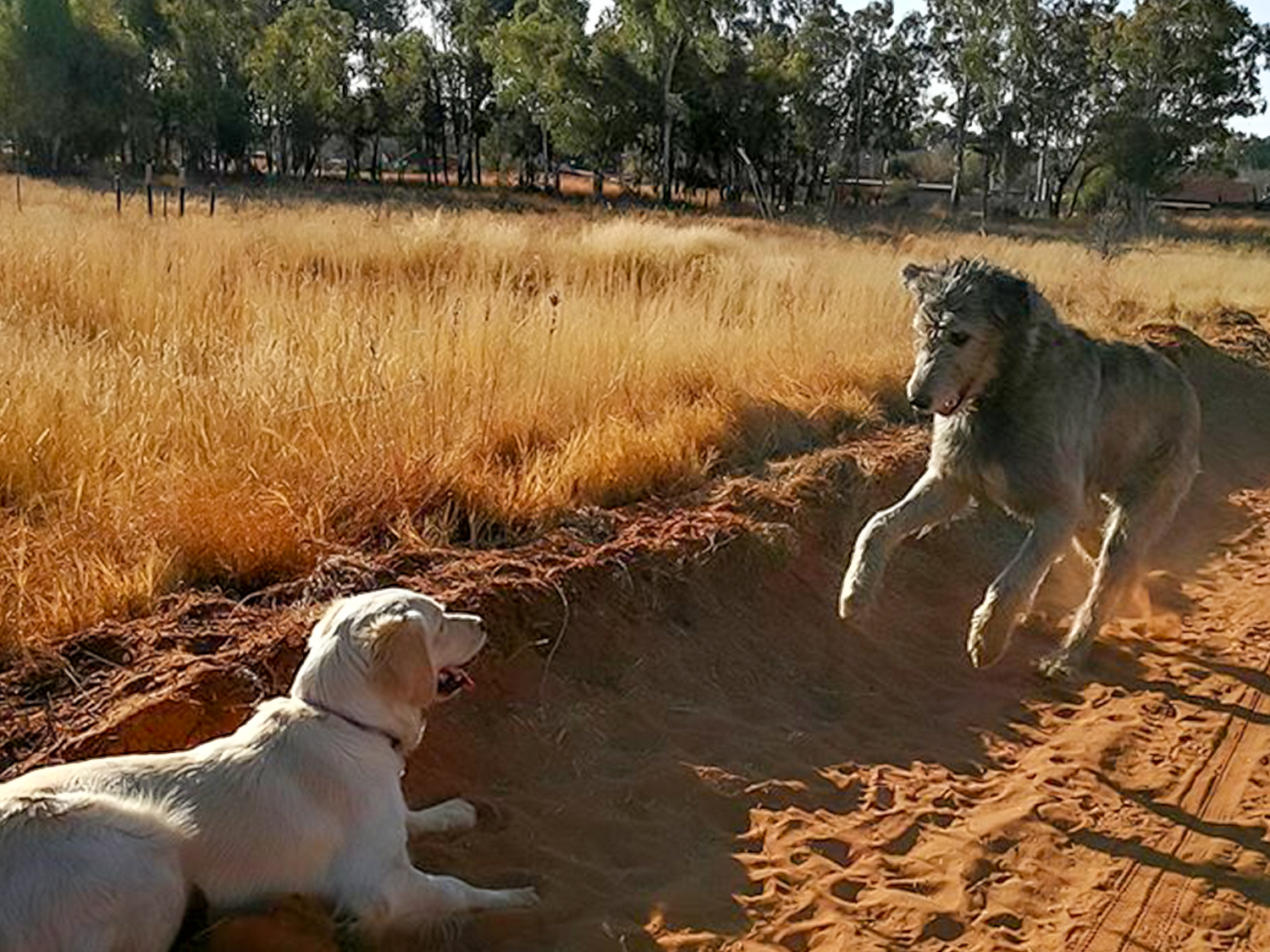 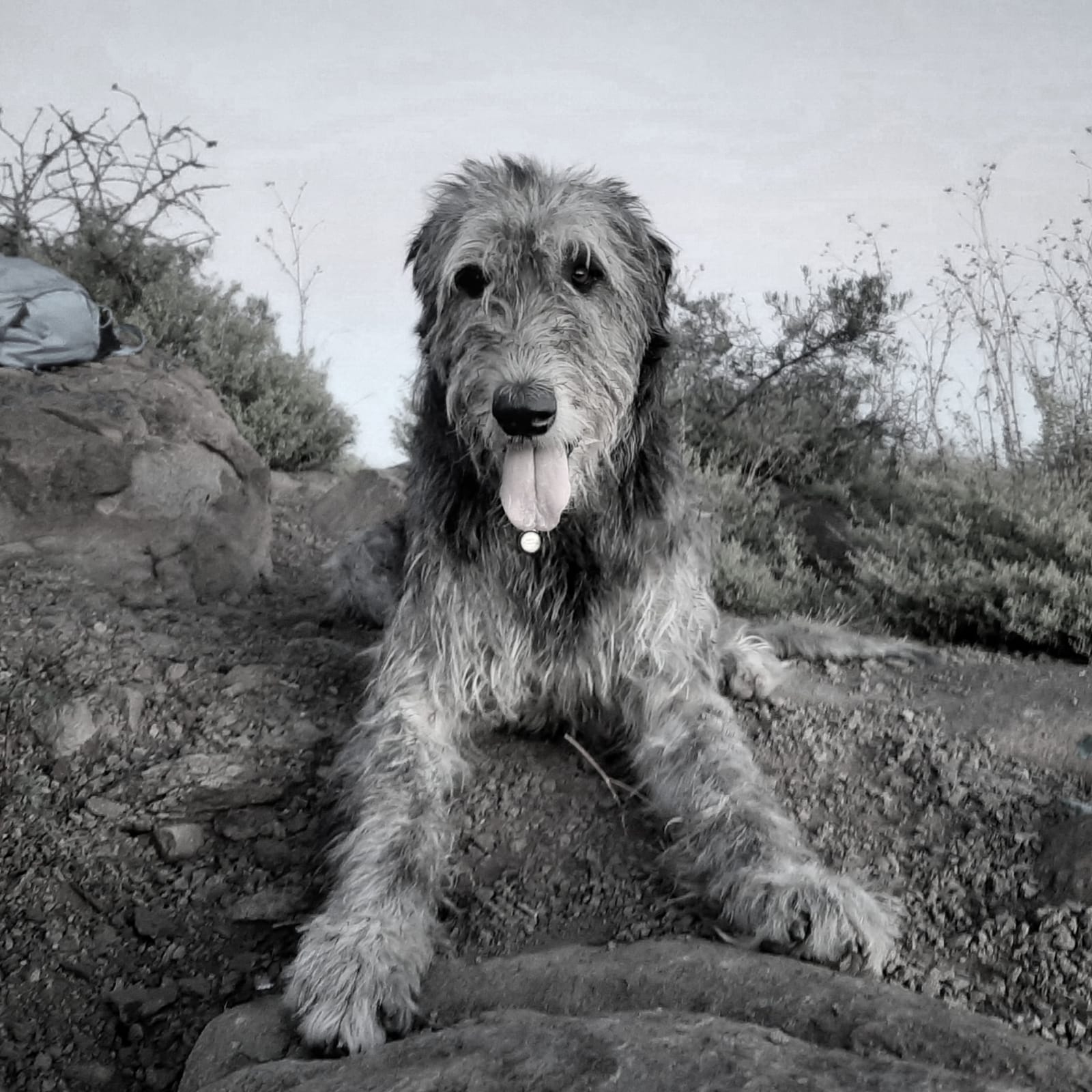 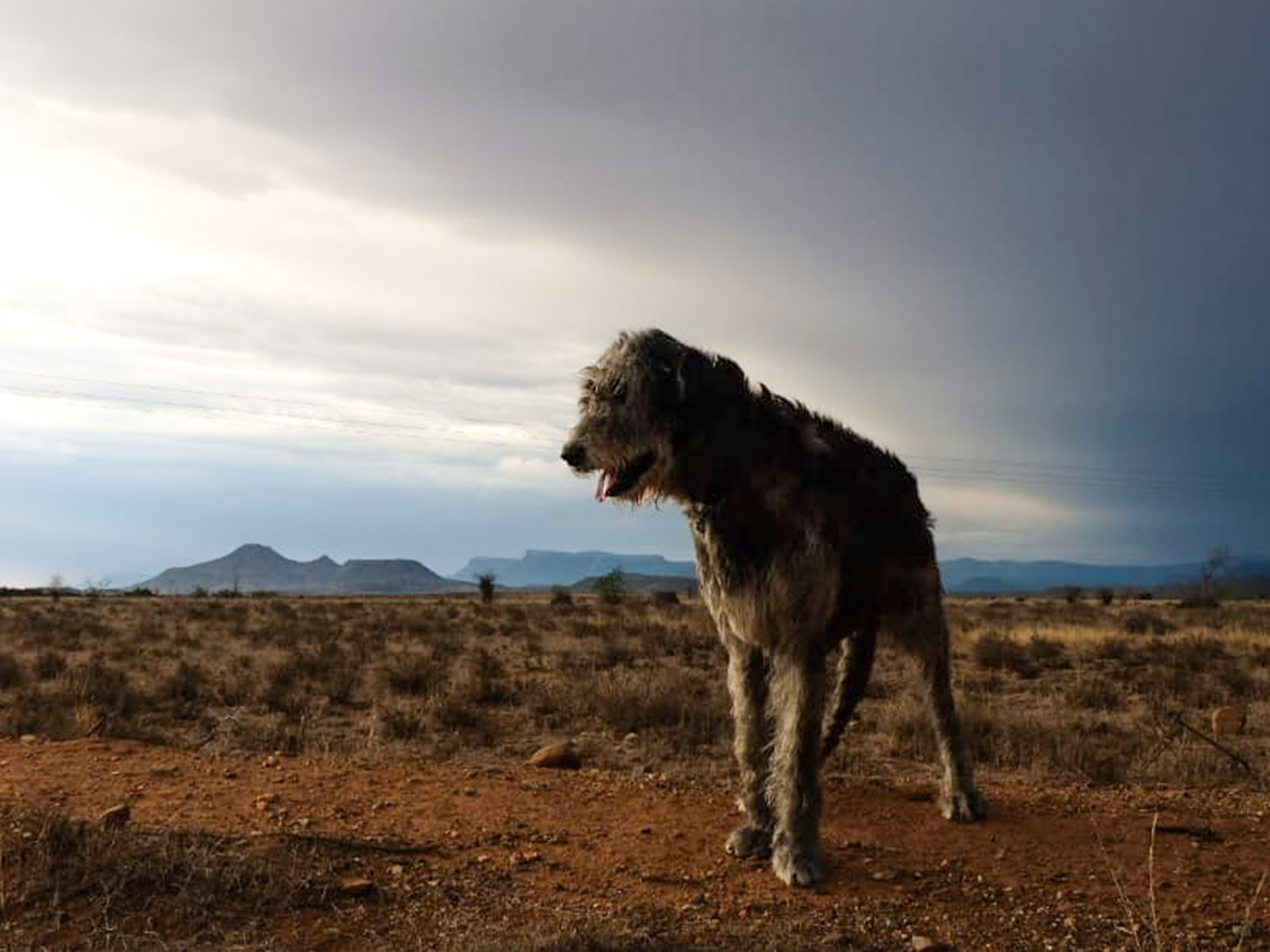